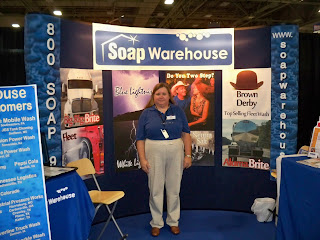 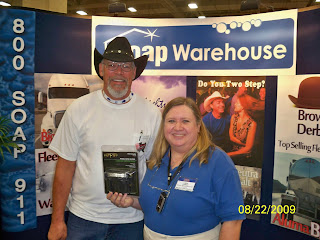 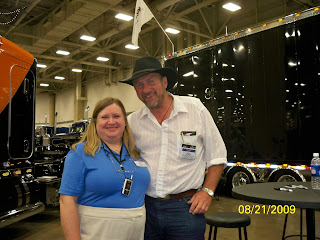 Well we made it to the Great American Truck Show with a few set backs but the start is going well.

We were to have 5 staff at this show but the owner of Soap Warehouse got a badly infected cyst on his hand and had to stay back in GA in the hospital to have it taken care of. So down 2 members from that. Then on Wednesday right before 5 pm we had an email from our models staffing company Statementmodles.com that our model decided she did not want the job she was paid a month ago to do and they were refunding us our money. Thanks a lot! So down to 2 staff members. Thank goodness we have friends here in Texas. We called and got a local friend that has done other kinds of trade shows in the past, although not for industrial soaps to drive over to help us at the last minute. 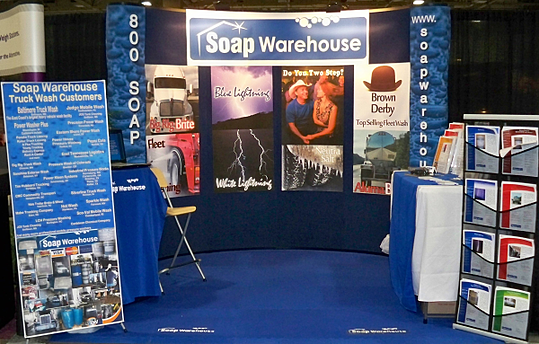 Here is how our booth looks.

So far we have had a good response, seen some new owner operators that had sent in their drawing entries in early to us, some that read about us in the GATS newsletter or saw our ad in the Land Line magazine. We hope to have the next two days to be just as good. Will update everyone on how the whole show turned out along with a list of all our prize drawing winners at the end of the show.